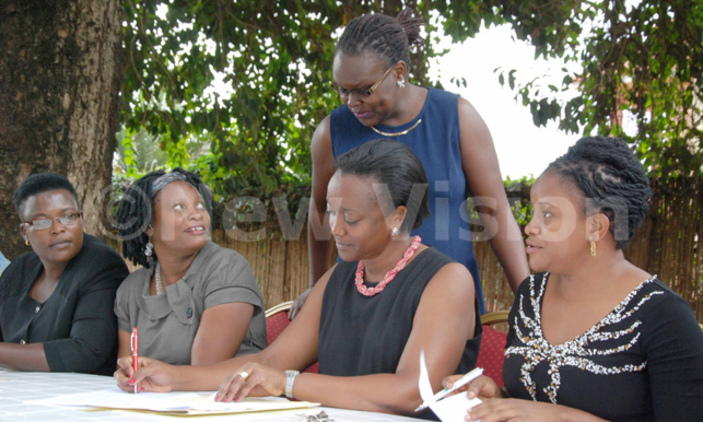 Women activists through Uganda Association of Women Lawyers (FIDA) have appealed to the Government for establishment of a gender and equity protection department at Police to handle gender-based violence, especially women murders in the country.

Lydia Kobusinge a representative from Civil Society Budget Advocacy Group said the department will find solutions to increasing women murders in the country, other than child and family protection unit (CFPU).

“The CFPU has capacity to handle gender issues at family level, but there is gender-based violence at places of work and the community. However, little attention has been paid and this explains why we need it now.” Kobusinge said.

Kobusingye revealed this yesterday during a press conference on woman murders in Entebbe, Nansana andWakiso district at FIDA headquarters in Bukoto, a Kampala suburb.

A total of 21 women have been killed in a gruesome manner in a space of three months.

A total of 372 countrywide domestic violence related murders were reported according to the Police Annual Crime and Road Safety report 2016 countrywide.

The Uganda Demographic and Health survey 2016, says women in Uganda are more than twice likely to experience violence as opposed to their male counterparts and Kobusinge stresses that this can be combated if the department is established.

She noted that government institutions including Directorate of Public Prosecution and the Police do not have specific departments to handle gender issues which deters proper investigations on murders.

“Several murders are not well investigated and the Police have a general conclusion that they are either caused by family wrangles and or ritual practices, which is not true. This explains why we need a department to give a substantive report on murders,” she added.

The director programmes at FIDA, Liliane Byarugaba, raised that there is insufficient co-ordination between the Inspector General of Police and  security minister, which exposes the gaps in the security system which further threatens security of Ugandans especially women.

“We demand a combined security report from security arms of government led by the Police and other security agencies about the causes of the murders,” Byarugaba said.

They also demanded that the Government publishes photos of the unclaimed bodies of Wakiso murders for their relatives to identify them and accord them a befitting burial.

When contacted, the Police spokesperson, Asan Kasingye told New Vision that there is a new gender policy, which has been drafted in Police to have effective control of gender-based violence.

“We have the childcare and family protection unit and women’s affairs unit under the Police, but these are less funded and this explains why we have issues in combating gender issues in our community,” he said
From: New Vision