Avoidable injustices: the way to prevent violence against women

We want to end violence against women, but is it really preventable? New research from Uganda adds scientific muscle to the political argument that we can, if we transform the gender power relations that sustain it. 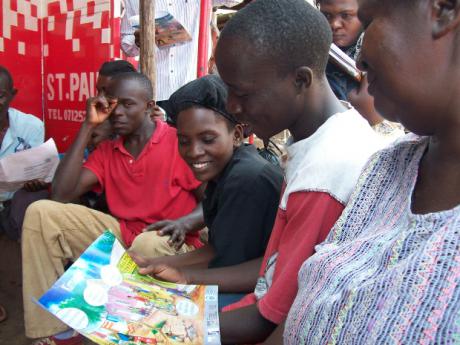 One in three women in the world will experience physical or sexual violence in their lifetime from an intimate partner, or sexual violence from a non-partner. Horrific stories such as the public raping to death of a woman on a bus in New Delhi, or the perverse cyber-space celebration of images of a young black woman raped in Texas are sadly only tips on the iceberg of a much more common experience for girls and women everywhere. Statistics point to a reality that your mother, your sister, your bank manager, your daughter, your neighbour, your doctor, your parliamentarian, and your friend may all experience one or multiple forms of violence simply for being a girl or a woman in a world run in the interests of patriarchal power. And while comprehensive efforts are needed to respond to the immediate and longer-term impacts of this violence on women themselves and on society, stopping this needless injustice from happening in the first place is glaringly vital.

But is preventing violence against women possible? The results of a new study on the SASA! approach to violence and HIV prevention and HIV risk reduction conducted in Uganda suggest that it very much is. The study itself was a collaboration between Uganda-based Raising Voices and its national partner the Centre for Domestic Violence Prevention (CEDOVIP) who implemented SASA!, and the London School of Hygiene and Tropical Medicine and Uganda’s Makerere University. The method, a cluster randomized controlled trial in two communities in Kampala, Uganda’s capital city, was designed to meet the highest standard of academic rigor. It is also the first research of its kind in Africa looking at the impact of preventative anti-violence programming on communities. And while the release of the SASA! research results feels ‘quiet’ compared to the cataclysmic news releases of the moment, it is cause for major celebration. In fact, it is some of best news that the world has heard in years.

SASA! stands for the four phases of programming (Start, Awareness, Support, Action), but it also means “now!” in Kiswahili- a name expressing the willingness to get on with the work of change. It is a community-based programming approach, founded on the presumption that it is possible to prevent violence against women and reduce risk behaviours around HIV infection by engaging and transforming the root causes of the problems – unequal gender power relations. The SASA! method does this by actually getting people to speak about power: how it can be expressed in ways that harm, how we can build power within us to question social norms that condone violence and disrespect, how we can cultivate power between us in solidarity, and how we can articulate agency for positive change.

Using a community activist approach common in social movements, SASA! also encourages the practice of these more equitable ways of dealing with each other including in its own approach. We are all now used to anti-violence messaging that relies on didactic messaging ( ‘this is bad, don’t do it’) and shock visuals. While important in making the issues public and drawing a public line around what we may consider acceptable, this vein of messaging does not in itself nurture critical dialogue. It is also usually produced and delivered by messengers outside of our actual lived communities. With SASA! it is volunteers in the local area, rather than external ‘experts’ that serve as mobilisers, creating spaces across the community to build a ground-up desire for change in how women and men relate, and how violence against women is perceived and treated. Lori Michau, Co-Director of Raising Voices who spearheaded the development of SASA! explains that the method evolved from a process of careful observation within communities, “watching and listening to how people in the community reacted to this issue, what brought people together and sparked interest, how to create trust, to frame the issues in ways that they could be heard, and how to encourage critical thinking and discussion rather than information giving”.

The decision to undergo this type of collaborative research was significant for the NGOs involved given the institutional resources required and the reality of limited funding and a small staff cohort. “We decided to do a trial because for years we had lots of stories and examples of how change was happening but this wasn’t sufficient proof for policy-makers and funders — they wanted evidence” explains Lori Michau, “since Raising Voices developed the methodology we also felt the ethical responsibility of really knowing the impact of SASA!”.

This scale of change was unexpected. “We were very surprised to achieve a reduction in male reports of multiple sexual partners” says Lori Michau. “SASA! doesn’t message around fidelity or faithfulness and doesn’t address sexual concurrency head on — yet through the discussions of power and good relationships the topic came up often in communities”. On the degree of reduction in actual physical violence, Michau reflects that “this highlights the power of having a social norm change approach that works to create a broader environment supportive and encouraging of change — rather than just a few individuals within a community thinking new things about power, women and rights. Encouraging critical thinking was pivotal. In the words of Tina Musuya, Executive Director of CEDOVIP who implemented the SASA! program, “both men and women realized the benefits of having violence free relationship and the beauty of bonding as partners… We avoided using difficult and loaded terms such as ‘Let us stop gender-based violence’, so the conversations got really personal, provocative and reflective, making community members get critical about the injustices towards women”.

The microdynamics of change

In challenging deeply helped norms around gender we tend to expect resistance – even to the extent of organized backlash. Deus Kiwanuka, Senior Programme Officer at CEDOVIP is reflective on how men involved in SASA! programming grappled with the challenge to their socially-reinforced authority over women. There was indeed resistance. However allowing men who were skeptical about equality time to process their fears and have their own views challenged by fellow community members was catalytic in encouraging more progressive views. Kiwanuka explains:

“Men from the SASA! intervention communities were initially resistant to the idea of preventing VAW. We realized that it was because they were really thinking about their power and trying to come to terms with what it would mean to balance power in their relationships. After intensive reflective discussions around power and how to use it, the benefits of non-violence and the harm that VAW brings, the men began to realize that their relationships and lives will improve when they prevent violence. They saw balancing power as gaining something – not losing something”. 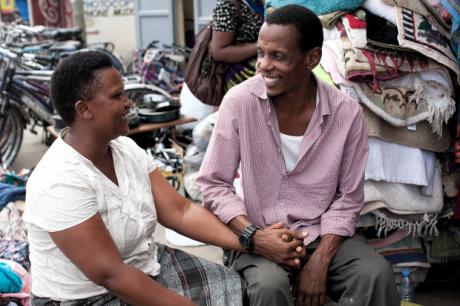 In what has now become a heavily technocratic field of development and social justice, upping the inspiration quotient in community work is ever more vital, particularly when the work depends on generating momentum for deep social change. Janet Nakuti, Senior Programme Officer at Raising Voices speaks to the potency of taking an activist approach: “SASA! was implemented by activists- the regular men and women who live or work in that community and had an interest in reaching out to others with the ideas. So when community members saw fellow community members not strangers or experts coming to them, it looked exciting and they were able to ask questions and to trust them”.

The significance of SASA!

To date much of the thinking about how to address violence against women weighs heavily on the side of addressing violence after it has happened- through services and law and policy. Government responses in particular have tended to focus on revising law and increasing punishments. The End Sexual Violence in Conflict Summit supported by the UK government earlier this year is one example of this overly legalistic push to ‘end violence’ by prosecuting perpetrators. The SASA! research results point a finger in a braver direction. Alongside securing legal justice, ending violence will require all of us to roll up our sleeves and engage the messier questions of gendered power and the normalization of men’s entitlement to women’s bodies. It means supporting active questioning at a popular level around whether we do tacitly or explicitly support gendered violation- and why. It means following the lead of activists that emerge within communities and galvanize momentum to change how we think and act towards women and girls. It means considering how we talk about the other health and justice concerns that arise and are amplified by violence,– like HIV/AIDS. It will also require us, as donors, programmers and policy-makers, to bring community back into the frame, and support movements to end violence against women, as we make space for the social and political questioning that comes with community-based activism. 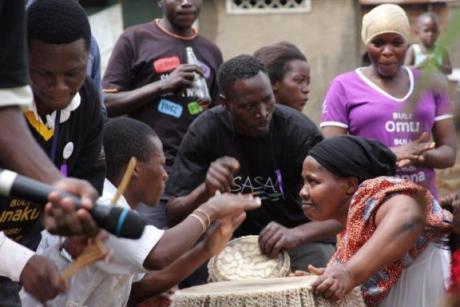 In broader frame, the findings of the SASA! research add scientific muscle to the political argument made by feminists across the world for decades that the way to end the violation of women is not just to relieve the symptoms but to heal the source. We need to work on building communities that respect girls and women’s lives, bodies and choices and take joy in their collective responsibility to sustain these values. As build this constructive social path, we commit to redefining our gendered social imaginations. The great news is that we now have one more piece of evidence, and a template for practical programming, to show that it is possible.