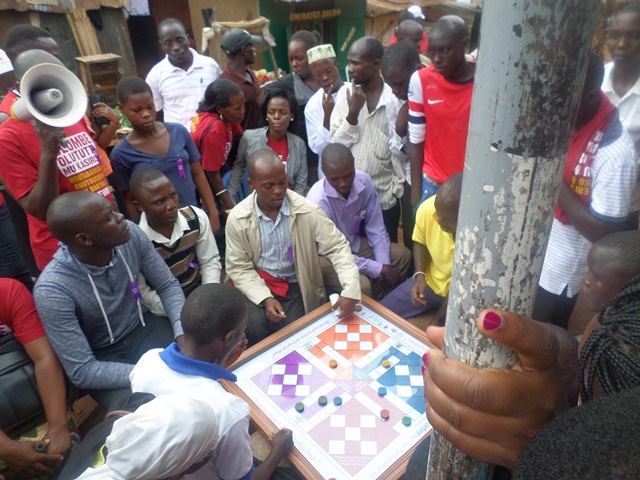 It was remarkable to witness the commitment of over 256 community activists, opinion leaders and sengas reach so many community members conducted outreach activities to drinking places , through games such as snakes and ladders, ludo game competitions, participatory drama activities and interactive trainings on a daily basis, when they talked about VAW , VAW and health consequences and actions to end VAW. Throughout the campaign, over 12 community events were conducted and3167, 1310 women, 1200 men and 657 youth. learned more about the consequences and actions this was seen from examples of how CAs engaged communities in discussions about the negative consequences of violence.

Everywhere in all the six parishes, 240 community activists ( men, women) were involved in conducting ongoing education and awareness-raising efforts in all sorts of innovative ways such as 12 public events, 12 luddo games and 11 drama performances/. CEDOVIP in partnership with Community members asked different groups such business men, Area MPs, local leaders, religious leaders to make the issue of VAW an issue of priority.

As a result of the community led 16 days campaign, CAs disseminated information on the consequences VAW as a public health problem and emphasized actions to be taken by community members to include; to support survivors of violence and report VAW cases to police, LCs and health facilities.