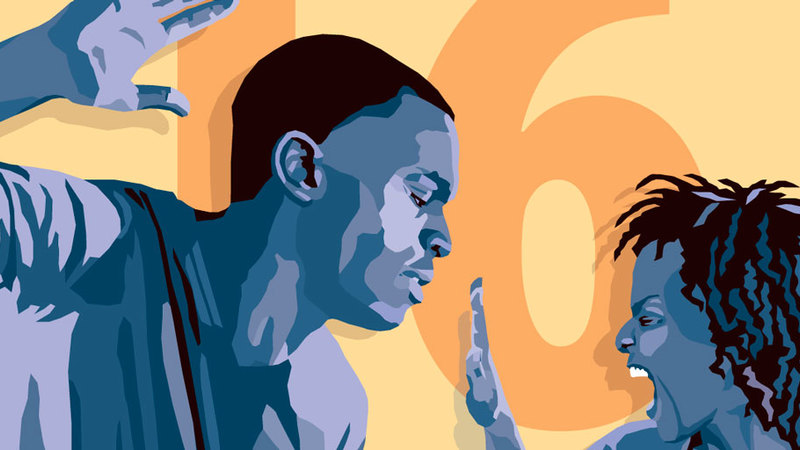 Gender based violence continues to be a major national scourge.It takes many diverse forms, both offline and online, including domestic violence, sexual violence, early marriages, trafficking in persons. Data on both police-reported violent crimes and national demographic health surveys report that women and girls represent the majority of the victims.

The 2018 16 days of activism campaign theme: End sex violence in the world of work sheds light on a widespread culture that promotes acts of violence against women, in particular sexual harassment and assault.
The prevalence of sexual violence in the work place and in institutions of education as seen in the recent media reports is deeply disturbing. It calls for a long-overdue reflection on the social and institutional structures that promote these acts, as well as on our own actions.

Note that gender-based violence leaves long-lasting physical and emotional scars and hinders the ability of individuals, especially women and girls, to participate fully in their families and communities – economically, politically, and socially. It also holds back women and girls from getting an education, earning an income, and fully contributing to their societies.
Annually, Uganda loses Shs 77.5bn in profits and expenses related to GBV; sexual abuse and teenage pregnancy are leading contributors to vulnerability accounting for more than half of all reasons for girls dropping out of school in Uganda.

Ending child marriage today could generate up to $2.7 billion by 2030 in annual benefits simply from lower population growth and a reduction in rates of under-five mortality and stunting for young children. Yet, too many continue to sanction beliefs, attitudes and behaviors that justify wife-beating and sexual violence towards women and girls. These beliefs impact women’s rights and the level of respect they are shown.

Although, Parliament has passed numerous laws to protect the rights and interests of women and girls – including the Domestic Violence Act 2010, Prohibition of Female Genital Mutilation Act, and Prevention of Trafficking in Persons Act, among others – implementation remains limited and abuse rampant.

Reporting of GBV cases remains low, investigations poor, and legal cases experience dismissal more often than conviction, resulting in impunity for many GBV-related crimes. Survivor support services remain extremely limited and uncoordinated. Many communities and duty-bearers continue to believe that GBVis acceptable, silencing survivors and pressuring them not to report the abuse or receive help.

Being aware of the collective impact of these attitudes and behaviours to the social development and wellbeing of Ugandans; discussing ways and committing to concrete actions to address the situation, not only among women, but among all of us, is a direct first step toward transforming our relationships, communities, work place and confronting the issue. Acts of gender-based violence concern us all and must be challenged, especially by those who think they have the option to ignore them.

To create change, it is essential that everyone in Uganda recognizes that the issue of violence against women knows no boundaries. It happens every day in our country, in our city, in homes, work places, public transport, in institutions of education and in our neighbourhoods. Because violence against women concerns everyone, let us raise our voices and step up to reinforce acts of respect to everyone, but particularly to women and girls!

Given the negative impact gender based violence has on the economy and the lives of Ugandans everyday, it has no place in any society. I hope you will be inspired, as I am, by those who are working to end this national problem to call on government and parliament to ensure that the national budget allocates resources to prevent and respond to gender based violence as a key social development priority for 2019. Only by working together can we eliminate gender-based violence in Uganda. The time is now!