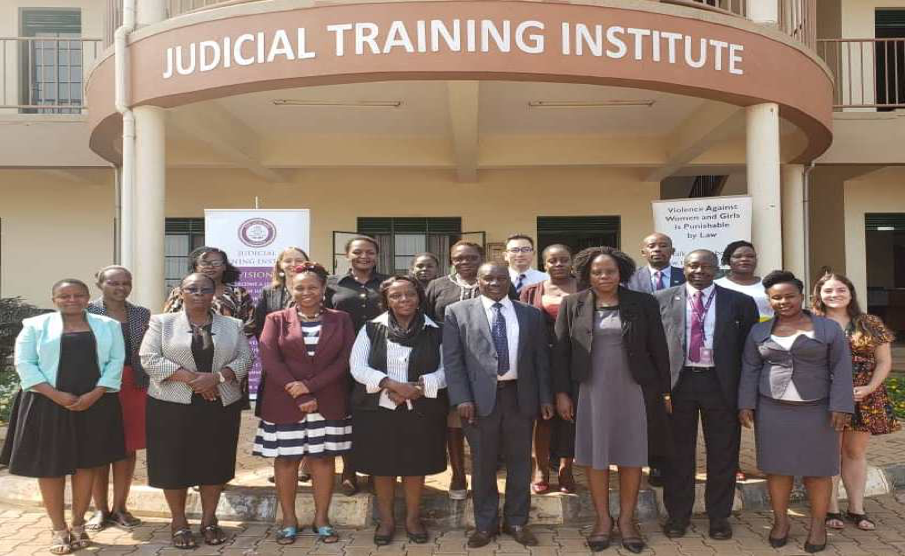 The formal Justice System in Uganda is taking significant steps to enable survivors of GBV to access justice. On 20th June 2019, CEDOVIP and the Judicial Training Institute (JTI) held a high level validation meeting for the Gender-Based Violence Training Manual for Judicial Officers. Participants included Judicial Officers and other members of civil society, Development Partners and the Justice, Law, and Order sector to review the content of the training manual. The training manual is a product of an eight year-long partnership between CEDOVIP and JTI with support from UN Women.

The meeting was officially opened by the Executive Director of the JTI Hon. Justice Henry Peter Adonyo, who applauded the partners; CEDOVIP and UN Women for the support of revising the GBV Manual for Judicial Officers by providing technical and financial support. The review process of the GBV Manual started in 2018 with the working committee of CEDOVIP and JTI staff, which culminated into the first validation meeting in December 2018, which the representative from UN Women, Ms. Beatrice Mulindwa, elaborated on in her opening remarks. Hon. Justice Adonyo and Ms. Mulindwa both encouraged participants in the meeting to share their experiences with specific GBV cases handled in the formal justice system in order to help enrich the Manual.

The manual aims at strengthening the capacity of Judicial Officers to respond to violence against women and girls in a survivor-centered way and thereby increase access to justice for survivors of violence against women and girls in the formal justice system. There will be a pre-test of the manual with a selected team of Judicial Officers at the end of July in order to measure the amount of time needed for each session and a Training of Trainers is set for the end of the August once the final changes have been made to the manual. The manual will be launched in November 2019 as part of the 16 Days Activities.