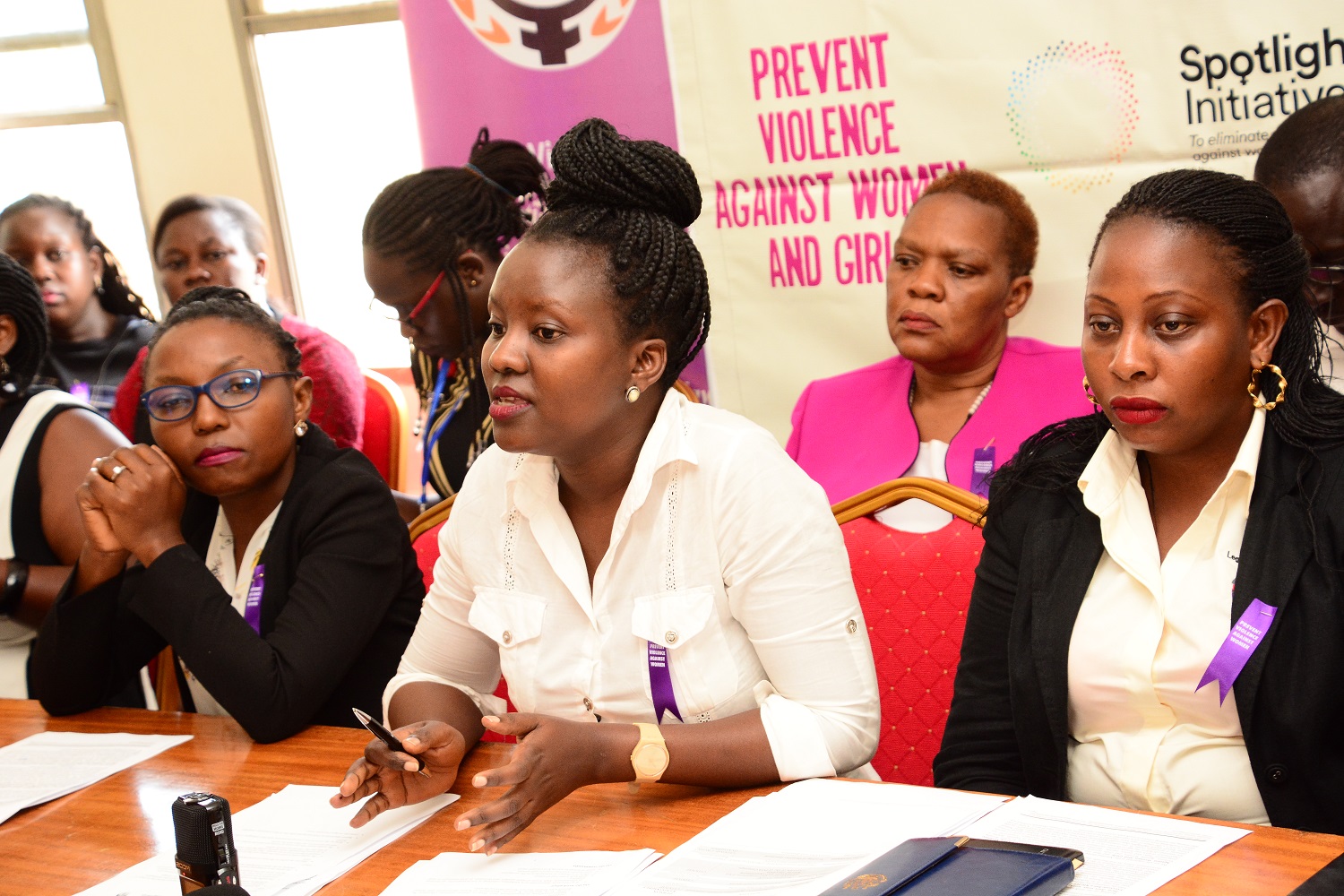 Uganda Women Parliamentary Association (UWOPA) and Civil Society Organization have decried the reduction in women’s efforts at workplaces blaming it on the increasing sexual harassment by fellow male workmates with calls to have the vice contained if women are to contribute to the economic development of Uganda.

The group made the remarks on Tuesday while addressing journalists at Parliament ahead of the 16 Days of Activism against Gender-Based Violence which runs from 25th November to 10th December under the theme;” Ending Gender-Based violence in the world of work”.

Winfred Kiiza (Kasese Woman) said that sexual and domestic violence is a vise that kills the workforce and contributed its standard going down, arguing that many of young girls who are sexually harassed at the workplace cannot perform as much as they should have done.

She said, “Domestic violence is a vice that kills our workforce. It is a vice that has made the standards of work go low, it is a vice that has reduced the self-esteem in our population. Many of our young girls who have been sexually harassed at workplaces can’t perform as much as they should have left to do their work unharmed.”

Carol Shemeri, National Advocacy Officer for the Center for Domestic Violence Prevention (CEDOVIP) asked the Ministry of Gender, labour, and Social Development to initiate the process for the ratification of the International Labour Organization provision on Violence and Harassment Convention, 2019 (No. 190).

She called on parliament to expedite the passing of the Employment Act Amendment bill to mandate all employers to curb violence, discrimination, harassment and exploitation of women at the workplace.

The Uganda Police Force Annual report 2018 highlights that violence against women remains a persistent crime in our communities with 15,366 defilement cases reported in 2018 compared to 14,985 cases in 2017. 1,580 cases of rape were reported in 2018 compared to 1,335 cases in 2017. A total of 286 cases of trafficking in persons were reported the majority of the victims were women.