Speaker directs parliamentary gender committte to follow up on the IMPLEMENTATION OF THE DOMESTIC VIOLENCE ACT 2010 (DVA). 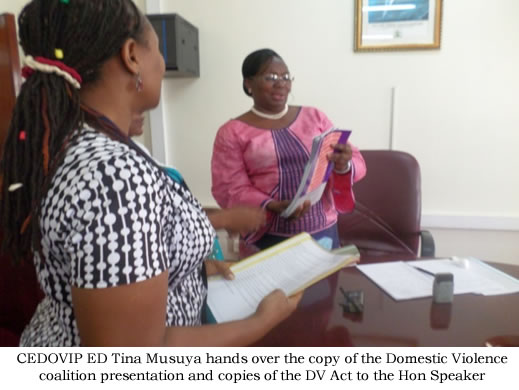 The coalition that comprises of over 25 civil society organisations coordinated by CEDOVIP met with the Hon. Speaker to advocate for the itemization of the implementation of the DV Act on the national budget by;

“We have been following up many things from Ministry of Gender but they have gone into hiding, my staffs make sure you organise the committee of Gender to meet with the Coalition to make their recommendations before they finalize and present the report before the house for debate.”Hon. Speaker Kadaga said in her response during the meeting.

The Hon. Speaker also expressed concern over the lack of access to copies of the law by the duty bearers mandated to enforce them.

“Am also perturbed that Parliament formulates policies and laws but there is no distribution system for the law beneficiaries. It is four years now and the duty bearers are still unable to get copies of the Domestic Violence Act. I have on several occasions’ tasked government to establish regional depository centres to ensure access across the country.” added the Hon. Speaker. 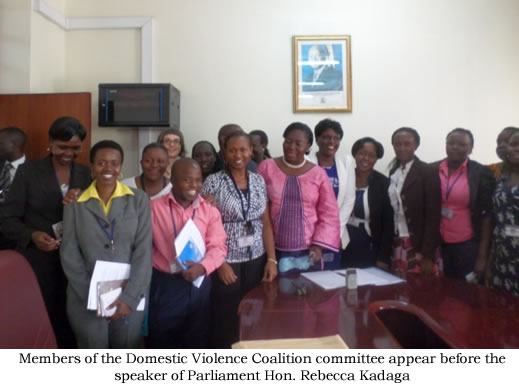 The coalition also gave an update on progress of the implementation of the Domestic Violence Act by the coalition: