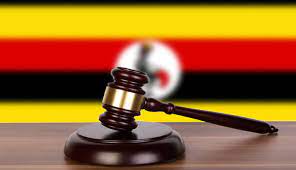 On 20th December 2013, Parliament of Uganda passed the Anti-Pornography Bill (2014) which the President assented to on 6th February 2014. The Anti-pornography Act was enacted to define and create the offence of pornography, to provide for the prohibition of pornography and to establish the pornography control committee and prescribe its functions, and most importantly outlaw child pornography.

Following the passing of this law, commonly known as the mini-skirt law, it sparked off a series of acts of violence against women in public places. Daily media reports indicated that many women fell victim to the increased
incidents of sexual assault and torture on the streets of Kampala alone.  44 cases were reported of mobs using the law as an excuse to target and unclothe women that they considered to be improperly dressed. These women and girls were stripped naked by gangs of men on the pretext that they are indecently dressed. Shockingly, although the Penal Code Act criminalizes acts of stripping a person , the police did not apprehend any of the suspected offenders!

The Constitutional court agreed that the offence of pornography was vaguely defined thus creating an offence that is overbroad, and subjective in character. Furthermore, the Act provided for the creation of an Anti-Pornography Committee with several duties and it was conferred with wide discretionary powers.

Beyond challenges associated with legal interpretation, the Anti-Pornography Act led to polarization of society by implicitly attributing specific roles and behaviors to men and women and encouraging people to position themselves
in relation to a set of values guiding what is morally acceptable. The Act had a high potential to deny women control over their own bodies and access to public spaces, in contravention of the right to equal dignity and freedom from discrimination, right to personal liberty and security of the person, freedom from cruel, inhuman or degrading treatment and the freedoms of movement and association, thus creating a barrier to achieving Goal 5 (Gender Equality) of the UN Sustainable Development Goals.

In response to the above challenges a group of individuals and organisations, including the Centre for Domestic Violence Prevention, Women’s Organisation Network for Human Rights Advocacy, Prof. Sylvia Tamale, Ms. Sarah Kihika, Ms. Lilian Drabo, Strategic Initiative for Women in the Horn of Africa, Uganda Health and Science Press Association, Human Rights Network for Journalist Uganda and Lina Zedriga, filed a petition in the Constitutional Court challenging the legality of the Anti-Pornography Act. On 13th August, 2021, The constitutional court declared the offence of pornography as well as the powers given to the pornography Control Committtee null and void.