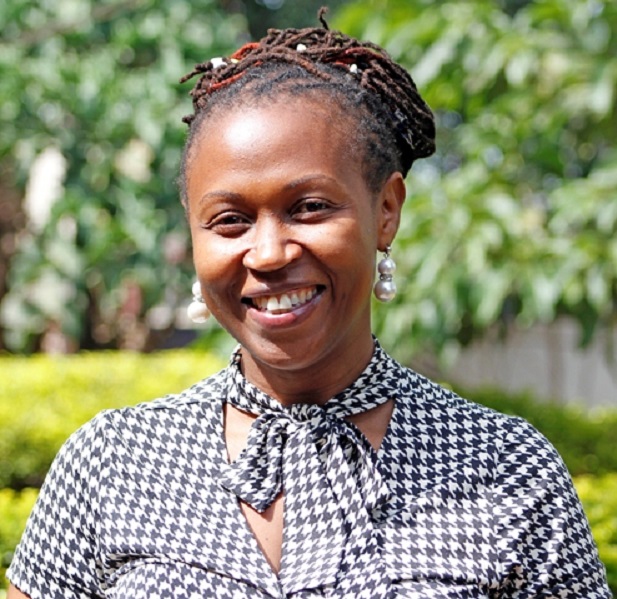 On the Spotlight: Tina Musuya

For our first Employee Spotlight, we introduce the Executive Director of CEDOVIP, Tina Musuya.

Tina has been working with CEDOVIP since 2004. She began as a member of the Local Activism Team, and she quickly rose to the role of Executive Director.  Her open door policy, bubbly personality and contagious energy make her easily approachable and accessible to everyone..

Q: What did you study at university?

Tina: I studied Sociology. I wanted to understand what makes people do the things they do, and how they relate with each other. I always wanted to work with people.

Q: When did you know that you wanted to work with CEDOVIP?

After college, I was working on reproductive health and mainly working with young people to prevent HIV infections. I was in charge of promoting condom use and demonstrated how to use condoms at public events. A lot of people shied away from the work I was doing. They would ask me, “What’s wrong with you?” and say that the work I was doing was immoral. People were afraid of touching unused condoms. Many women said that they couldn’t talk to their partners about them because their partners may accuse them of being unfaithful and they might beat them. That really struck me. When I asked the men about it, they said they couldn’t talk about sex and sexual health with their partners. This just didn’t make sense to me; imagine that many couples have sex but they don’t talk about it. When someone close to me started experiencing domestic violence, I knew I needed to do something about it… that was the time I saw a job advert from CEDOVIP, looking for program officers.  I saw CEDOVIP’s mission and what they did. I immediately felt a calling to work there. I was eager to learn about how to do this work, and I knew it was a right fit after I took part in the trainings on gender, human rights, women’s rights, and violence against women. I have never looked back. I began as a Local Activism Program Officer in 2004 and became the Executive Director in 2006.

Q: What is your favorite CEDOVIP accomplishment?

One of the most touching accomplishments to me was seeing the groundbreaking results of our work as seen in the SASA! study. I get emotional talking about it. This is a violence prevention approach that we have been using for years. It evolved from mobilising communities to prevent domestic violence, and we know works. So our methodology, what we are passionate about, was scientifically proven to work. (Information on this study can be found here: https://bit.ly/31roc4c ).

Then getting the Uganda Police Force to accept gender based violence module to the Police curriculum and closely working with us to develop these modules that were tailored to actual needs of the police officers was important. We went further by understanding the complexities and got the police to accept our participatory methodology of training to enable the officers to increase knowledge, influence positive change in their attitudes and develop the much needed skills instead of teaching through lectures that has limitations in influencing change in attitudes and skills.

Q: Which celebrity activist do you most identify with?

I would like to be like Lori Michau, the author of SASA! and other violence prevention methodologies. Her energy never tires and I love it. She is so nice and likes people. I would love to think and write like her.

Q: What color would you use to describe your activism and passion for CEDOVIP’s work?

Purple. I love the different shades. It can be serious, calm, inspirational, or soothing, but it reminds me of responsibility.